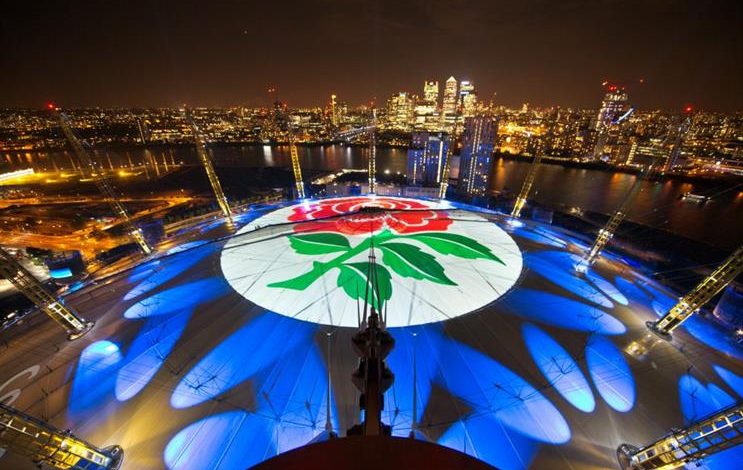 A view from UK CEO Jamie Wynne-Morgan: How do you Build Brand Partnerships that Last?

One month on from the Lionesses inspiring the country through victory at the UEFA Womens EUROs, focus now shifts to another national women’s team.

With two wins already secured in the Women’s Rugby World Cup 2022, the Red Roses face South Africa on Sunday with the opportunity to make it three from three.

Our UK CEO, Jamie Wynne-Morgan, explores the power of their success and the current opportunities available for brands looking to get involved in meaningful partnerships.

On Saturday, the Red Roses continued to pave their way through the long-anticipated Rugby World Cup.

It’s less than three months since England’s Lionesses captured the country’s imagination by bringing football home and there’s no doubt the eyes that witnessed that triumph at Wembley now rest on the Red Roses in hopeful anticipation of a continued winning streak.

In an ITV documentary recently supported and launched by O2, ‘Wear The Rose: An England Rugby Dream’, viewers see the hard work and dedication it takes to represent the team at the highest level, with insight into the highs and lows of selection and life off the pitch with the world’s number one ranked team.

But it’s not just the Red Roses who took centre stage on Saturday.

Having scored a marketing dream at the Euros, brands are continuing to show up in women’s sport, recognising the immense opportunity held within the women’s game.

But while some brands are just now joining in the story of women’s sport in the wake of the Lionesses’ victory, others have invested in the women’s game long before doing so gained them press headlines and praise.

Rewind to 1995, when O2, then BT Cellnet, became the official sponsor of England Rugby. Offering millions of customers England Rugby deals with O2 Priority and bringing fans together to #WearTheRose, O2 has since spent 27 years building one of the longest standing professional sports sponsorships in the world.

So how does a telecommunications business build a 27-year partnership that makes it virtually synonymous with the sport it sponsors?

Well, O2’s intention was never just sponsorship, it was partnership. From day one, the brand embarked on a mission to connect to fans through the power of passions, namely rugby and music, and bring customers closer to the things they love. Built on a foundation of shared values and strategic ambition, O2’s long-term commitment to partnerships has since driven equity for the brand, and through a series of activations, kept the brand fresh and front of mind amongst fans.

You don’t have to look far to find the moments that made this partnership famous.

In 2015, Take That headlined a sold-out event for the England Rugby team at the O2 Arena beneath an interactive roof projection, allowing customers to wish the team luck on the biggest stage there is.

A year later, Tim Peake famously watched a Six Nations game in his O2 England shirt, wearing the rose a full 248 miles above Twickenham stadium and taking the partnership to even greater heights. Literally.

In 2017, O2 welcomed fans into a virtual reality world, pitting them head-to-head against the strongest talent on the England Rugby team. Fast forward to today, the brand has just launched its incredibly powerful ‘History is Being Written’ campaign in support of the Red Roses.

What O2 demonstrate is that ‘partnership’ means genuinely having skin in the game. Beyond its activations and customer priority benefits, the brand is knee deep in shaping the spaces it sponsors; it’s badge on every shirt is rooted in action, a commitment to progress and to driving meaningful change. In the case of the Red Roses, it’s this level of investment that elevates the O2 brand beyond being just a partner and earns it a central status within the growth of the women’s game.

Renewing the partnership in 2020, the brand pledged parity in delivering equal funding across the England Rugby men’s and women’s teams and together with the RFU, O2 supports the UK’s grassroots clubs through exclusive rugby community offers and a vision for Twickenham to become more connected through O2’s technology.

So as football settles in at home and England once again #WearTheRose, O2 will be reliably and consistently partnering with the action. Leading the way far ahead of brands that are just now showing up in the arena of women’s sport. The brand isn’t a new-found friend jumping at a taste of glory, it’s perhaps the most loyal and longstanding partner in the game, and it’s an example of building an authentic brand partnership which withstands the test of time.

We will no doubt hear O2’s rallying cry to proudly ‘Wear The Rose’ over the coming weeks of the tournament, and founded on 27 years of partnership, it is rightly so the loudest voice on the pitch.

The Red Roses are on a mission, and O2 is once again, by their side.

The World Cup is just three weeks away, but it’s oh so quiet.

Partnering with VAMP to promote Black Culture Year Round