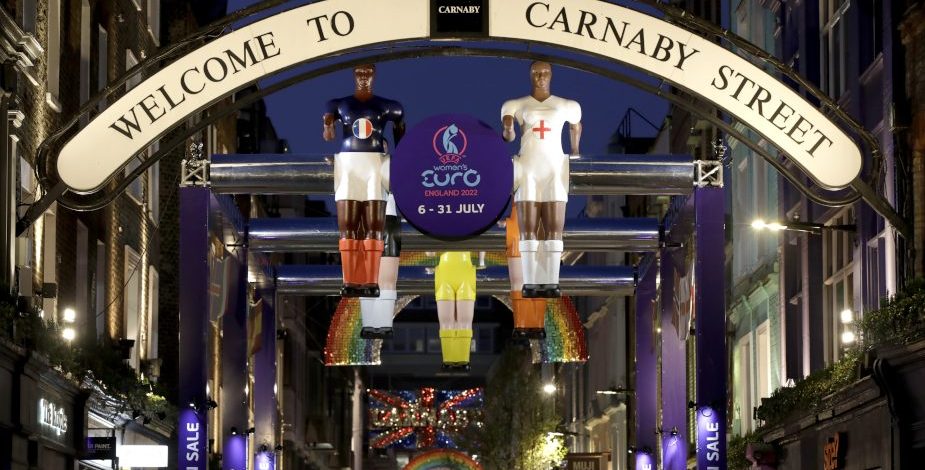 The eye-catching installation, which features players representing the top-seeded team in each group (England, Germany, Netherlands and France) will be live from 28 March to 10 April. A smaller traditional-sized Women’s EURO table football game is also on display, which passers-by are free to use, featuring teams from England and Austria, who kick off the tournament at Old Trafford on 6 July.

More than 300,000 tickets have already sold for the tournament in the pre-sale, public ballot and group bookings stage. It means UEFA Women’s EURO 2022 is set to be a record-breaking event already, beating the previous tournament record of 240,000 set at Netherlands EURO 2017.

With tickets to all 31 games going on sale, now is the chance for fans of football, women’s sport, and big events to purchase a ticket and be part of a history making tournament that aims to inspire the next generation and leave a lasting legacy for the women’s game.

16 nations take part in this year’s tournament which will be played out across England. 10 venues in nine cities will play host to 31 games including Brighton & Hove, London, Manchester, Milton Keynes, Rotherham, Sheffield, Southampton, Trafford and Wigan & Leigh.