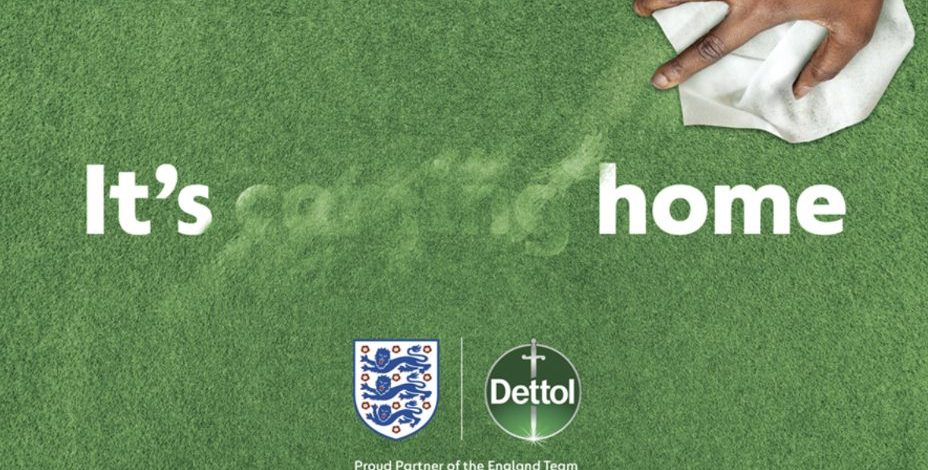 And football, well, it came home!

For us at M&C Saatchi Sport & Entertainment, the work kicked-off long before the tournament itself, when over a year ago we won the pitch to become the lead comms agency for the WEUROs 2022. Since then, we’ve been working with a number of our clients to activate partnerships across the tournament.

From launching the general ticket sale with an unmissable PR stunt over Carnaby Street, to match day moments with Heineken and integrated campaigns for Dettol and Barclays, we’ve rounded up the best work from the tournament below.

This weekend saw the Lionesses bring it home as they were crowned European Champions at the WEURO2022. Whilst winning the tournament is an absolute highlight, let’s not forget all the records that have been broken this tournament.

The final at Wembley smashed records with a total of 87,192 attendees and 17.6 million people tuning in, making it the most-watched program in 2022 so far.

From the final draw show, two trophy tours around the country, a school’s programme, one massive general sale and many roadshows along the way, our Women’s EUROs team have been working endlessly to get bums on seats for the tournament.

And with the new record of 574,865 ‘bums on seats’ as an aggregate attendance at the 31 matches played around England at the UEFA Women’s EUROs, more than doubling the previous edition in the Netherlands in 2017, it looks like they did just that.

With Dettol, it seems rituals are considered lucky for a reason…

As the Official Hygiene Partner of The FA and the Lionesses, we kicked off the Rituals campaign ahead of the tournament with our brand film, focussing on the match day rituals fans adopt before watching a big game.

In response to the lionesses historic win, we then built on the Rituals campaign, unearthing and celebrating the nation’s most loved match day rituals using reactive content shot with Lionesses stars, Alex Greenwood, Jess Carter and Ellie Roebuck.

And to celebrate football coming home? We used Dettol product to wipe away history… printed on page 2 of yesterday’s Metro!

Whilst the WEUROs team were putting bums on seats at the home of football, Heineken were offering up the second-best place to watch football come home, at the Heineken Greener Bar at the Truman Brewery in London.

Hosting over 1,000 England fans on matchday, and a further 600 across the weekend, the Greener Bar experience was complete with a live DJ performance from Jaguar, the Fresher Football quiz with final tickets up for grabs, vegan food trucks and of course, ice cold Heineken.

Barclays has invested in the women’s game for years – not only at an elite level through their sponsorships of the Women’s Super League and the Women’s Championship, but also at grassroots level galvanising schools to provide girls equal access to football.

Working in collaboration with M&C Saatchi London, the team launched the brand’s new ‘It All Starts with a Chance’ campaign, a 30-second story that explores the dreams of a young girl at school.

When England won the semi-final, Ian Wright – long-standing ambassador for Barclays – gave an impassioned speech about girls being allowed to play PE in school. In almost record timing, team Barclays turned around an inspirational asset to remind people that there is still work to be done in this space.

And while the noise is loud now, we as a nation can’t let that fade, with brands like Barclays paving the way for all girls and women to have the opportunity to play.

Shortlisted for PR Week’s Specialist Agency of the Year