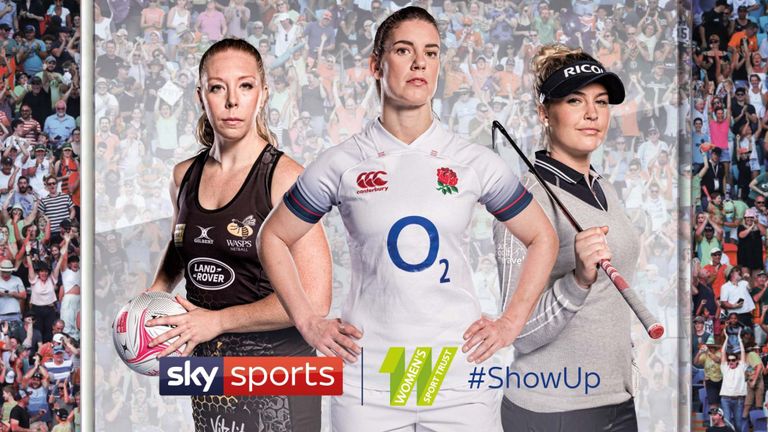 Two steps forward, one step back for women’s sport

The gender gap in the coverage of sport is not new news but over the past few years, there has been a sense that this is narrowing as women’s sport carves out a greater share of voice.

Coverage for women in sport has a direct impact on participation but for all the sense of progress, the reality is still that there is simply not enough visual stimulus for young women to get into sport, let alone consider elite sport as a realistic professional option.

A study by girls’ charity Totally Runable, bought nine national newspapers every day between July 2017 and June 2018, taking note of the imagery used. From the 3,107 pictures they found of people doing sport: just five were of men and women together, 3,011 were of men – and a shocking 91 were of women – 2.9% of the total. If young girls can’t see other girls being sporty, is it any wonder that there are participation issues? As a result, founder Natalie Jackson, launched #SeeSportyBeSporty, calling for representation of sport in the media to be more gender equal.

Sadly though, for every two steps that are taken forward, there is an incident that takes progress a step back. In November of this year, if you had popped down to Windsor Park at 3am you would’ve seen hundreds of cyclists whizzing around, including 181 females, as part a 24-hour cycling race, Red Bull Time Laps.

However, the event coverage on an online cycling magazine failed to recognise that any females were taking part, not a single picture featured on their event gallery. A shock in itself, but easy to resolve. Yet, when questioned about their lack of female imagery, they simply replied: “The world is going to hell in a handcart and you’re getting annoyed about THIS?”

Appalled by their lack of desire to make a simple change, several prominent cycling influencers and brands jumped in to support. It wasn’t so much the oversight, these things happen, as the lack of understanding of the effect such incidents can have.

So disgusted by the magazine’s response, cycling business Jam Cycling decided enough was enough and designed a unisex cycling logo to demonstrate their genuine support for equality in cycling. Within a week, a range of cycling shirts emblazoned with the new icon were on sale, with 75% of the proceeds from the sale of the shirts donated to supporting a women’s cycling team.

A few weeks later, in a different sport but one which has fought equally hard for the level of exposure it is now enjoying, the first ever winner of the women’s Ballon d’Or, the prestigious ceremony recognising the best footballers in the world, Ada Hegerberg stepped up proudly to collect her prize in Paris in front of a host of football royalty.

What happened next underlined one of the fundamental challenges female athletes face that their male counterparts simply never experience.

Hegerberg was asked by DJ and event host, Martin Solveig to twerk.

She gracefully declined, but her moment in the spotlight had been mired in controversy not of her making.

There were echoes of the moment in June when Eni Aluko became the subject of a social media outcry when viewers accused co-pundit Patrice Evra of patronising her during a live appearance on ITV (he clapped Aluko for delivering an in-depth analysis).

These examples do nothing to normalise the role of women in elite sport.

Yet despite this, at the outer edges of endurance sports, like ultra-marathons and triathlons, something that might be considered by some as extraordinary is happening: women are beating men.

Nobody has really known the limits that women are able to push themselves to in endurance sports, and organisers are very aware that female participation is increasing at a rapid pace.

Ironman for example has offered equal prize money at the Kona World Championships since its very first year and triathlon as a sport is paving the way for female participation. In October, it was announced that nearly 55% of the GO TRI online community, British Triathlon’s beginner product, are female; rising by 11% since 2014. Female Triathlon England membership has increased by 230% in the past 9 years, with the equivalent figure for males sat at 154% during the same period. At the AJ Bell World Triathlon Leeds this year; 372 triathlon beginners toed the line in June, of which 62% were female. Continuing to tackle gender inequality, triathlon organisers introduced the mixed team relay to the Olympic programme, giving female fans the opportunity to watch stars of their own sex compete.

2018 has been a fantastic year for the profile of women’s sport. This summer, London hosted the Women’s Hockey World Cup and 2019 is set to be even bigger. Liverpool will host the Netball World Cup. Alongside the Women’s World Cup in France, there are vast opportunities for brands to get involved in the space of women’s sport, as media interest continues to build.

The SSE Women’s FA Cup Final in May attracted 10,000 more fans than in the 2017 final, with Chelsea and Arsenal attracting a record crowd of 45,423 to Wembley Stadium. With the Women’s Football World Cup in France taking place in June 2019, the allocation of 5,000 tickets for the qualification game between Wales and England on 31 August sold out in 24 hours. The Football Association says it is now on course to double the number of players and fans in the women’s game by 2020.

So, what does this mean for brands in the future? Some have got in early and carved out a space for themselves by understanding the importance of supporting equality in the sport sponsorship market, from Investec with England women’s hockey, to Kia with England women’s cricket and Vitality in England netball.

In May, Sky Sports teamed up with the Women’s Sports Trust to launch #ShowUp, a campaign encouraging Britain to support women’s sport by watching, attending or playing. The hashtag generated 92 million impressions across social in the first week alone, so it goes without saying that media interest is there, and brands can play their part in a huge cultural shift for women’s sport.

And most recently of all, a landmark seven-year sponsorship deal was signed by Visa to become the first sponsor of UEFA’s women’s football.

The reason that the Visa deal is so important is that women’s sport is often seen to be subsidised by the men’s game and this was certainly true at UEFA.

The process of narrowing the gap between men’s and women’s sport relies upon women’s sport becoming more self-sufficient to enable it to grow and evolve to represent its own values rather than simply being a facsimile of men’s sport. Coverage of and commercial interest in women’s sport in and of itself are fundamental to its development and brands that play a role in this can reap huge rewards in doing so.