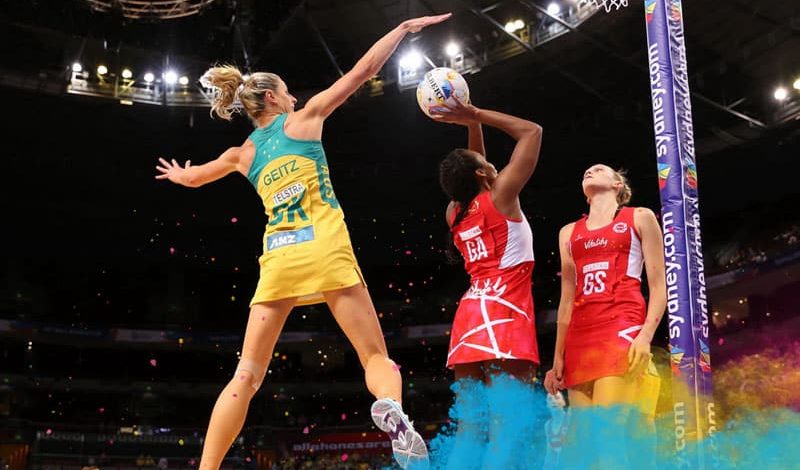 Women’s sport is, most definitely, on the up.

The momentum behind this surge is being driven by the national sides of our major team sports.

For football’s lionesses and the world cup winning women’s rugby and cricket teams, the challenge has been to emerge from the shadows of their male counterparts and demonstrate that they can be world-beaters in their own right.

This summer, however, a sport only participated in by women, will take centre stage as the 2019 Netball World Cup comes to Liverpool.

Three of the four home nations will be represented with Scotland and Northern Ireland joining England who will host the tournament as reigning Commonwealth champions from the Gold Coast games last year.

That victory also won them BBC Sports Personality of the Year team award.

It is fair to say though that netball has had to overcome considerable barriers in its efforts to gain a foothold as a major spectator sport that can generate broadcast and commercial revenue.

Perhaps foremost amongst these is the fact that netball is not an Olympic sport and there are three core reasons for this. First, as a female-only sport, it fails to offer the equality of access demanded by the IOC.

Second, basketball is well-established as a sport played by both men and women and has, perhaps unfairly, been viewed as keeping netball at bay from an Olympic point of view.

Thirdly, netball, like cricket, is fundamentally a sport played in countries with strong links to the British Commonwealth. Whereas women’s basketball is played to a professional level in countries worldwide, most notably including the United States, only six nations – England, Australia, New Zealand, South Africa and Trinidad and Tobago – have contested the final of the Netball World Cup since its inaugural competition in Eastbourne, of all places, in 1963.

That said, whereas Olympic status has become something of a holy grail for sports as diverse as golf and Sumo, without such pressure, netball can focus on its growth and development in countries where it is already hugely popular.

This most certainly includes England where the World Cup, the first on these shores for 24 years, will be screened live on BBC TV and have an active and committed sponsor in Vitality which also supports the Netball Super League.

The challenge, as is the case whenever a major international tournament takes place in the UK, is for the sport to grasp the opportunity for growth that its increased exposure to new audiences can generate.

It is here that England Netball very clearly has its ducks in a row and seems well set to take advantage of its moment in the sun.

Over 500,000 primary school children already play netball but there is an opportunity to reach way beyond this. To do so, the governing body has launched Bee Netball, a netball-themed programme that teaches young girls not only the principles of the game itself but also uses the values of the sport to improve their social skills. Most importantly, it focuses on the enjoyment and camaraderie it offers.

If England can win the World Cup for the first time this summer, then Bee Netball is just one reason why netball can achieve consistent and enduring future success.

Jobs for the bots