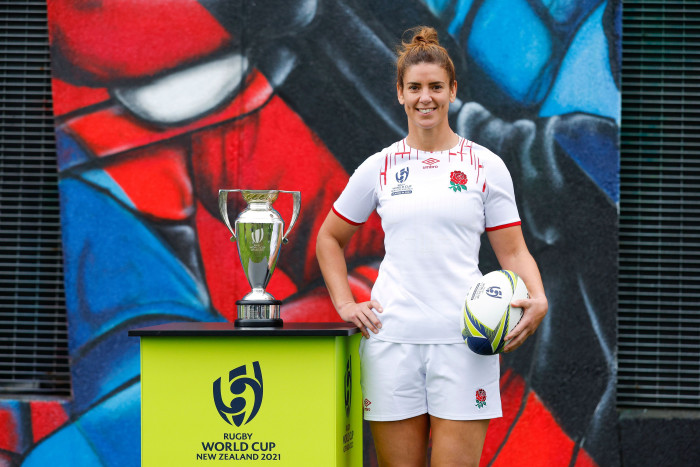 What would a Red Roses Win mean for the Future of Women’s Rugby?

Whatever happens at Eden Park on Saturday, one thing is undisputed, the Red Roses (and all the teams who have taken part in the RWC) have helped take women’s rugby to the next level. Our Women’s Sport lead, Jenny Mitton, takes a look at what a win would mean for England and the future of the game.

The semi-finals last weekend produced some of the best test rugby (men’s or women’s) we’ve seen all year – what an advert for the women’s game.

However, let’s be hypothetical for a moment.

If the Red Roses don’t win, does their incredible performance during this tournament just get written off?

With a men’s Football World Cup around the corner (which is already dominating sports news), the England men’s cricket team in the T20 World Cup Final and a home Rugby League World Cup in full flow, the Red Roses World Cup performances could quickly be forgotten.

We won’t see a spotlight on women’s rugby again until the TikTok Women’s Six Nations in April 2023. Players will quietly go back to their clubs, grassroots girls’ and women’s teams will push on through the winter season and media coverage of women’s rugby will remain sparse. Sports fans move on quickly.

However, if we win, then we will see change.

Never underestimate the effect of England winning. It’s something we always tell ourselves we’re not very good at as a nation. In women’s sport however, we excel.

As a sport-mad nation, a World Cup win is something everyone can relate to. The public understand the significance – even if they don’t watch the sport – and every media outlet will cover the story.

The week after the Lionesses won the Women’s Euros, women’s football dominated every corner of the media, from taking over the first fifteen minutes of Channel 4 news to showing up in lifestyle media.

And, while a home tournament is a bigger story and women’s football has a far larger following, a World Cup win is a World Cup win, and this is what makes news and gets cut-through.

So what could a win deliver for the women’s game in England?

There’s nothing like a major win to thrust sportspeople into the mainstream spotlight. If the Red Roses come home with the trophy, Downing Street visits, Buckingham Palace official engagements and a fan celebration will follow. All covered by mainstream media.

Players who previously only received the odd written mention in a match write-up at the back of the paper will be sat on the Good Morning Britain sofa, taking to the airwaves on the Capital Breakfast show and being splashed on the front pages of newspapers and magazines.

There will be a selection of players who will suddenly become sporting icons.

This month Lionesses captain Leah Williamson featured on the cover of GQ magazine (its esteemed Men Of The Year edition no less) and the Lionesses’ social channels grew by 1.6 million following their Women’s Euros win. While football is a more popular sport, expect a select number of Red Roses to break through into the mainstream.

A win will also provide the team with more commercial opportunities. We’re not talking Emma Raducanu levels of brand hysteria, but they will be in a position to command bigger deals both as individuals and as a team through their RFU partners. The additional audience reach and winning narrative holds substantial appeal where brands are concerned.

Long-standing partners like O2, that have been on a journey with the Red Roses (the brand committed to achieving parity in its marketing spend across the men’s and women’s teams from 2020 onwards) will reap the rewards. Brands looking to move into the women’s rugby space will be taking note.

Consumers will also help drum up this interest by purchasing the shirts worn by their heroes. After the Women’s Euros, Lioness shirts sold out online and instore instantly.

Expect to see a boost in ratings for rugby’s Premier 15’s too as sports fans look to see World Cup winning athletes in action on home soil.

With Premier 15’s largely hidden behind the red button or worse, streaming websites that are hard to navigate, a Red Roses win could persuade a broadcaster to give the league the airtime it deserves.

The Lionesses first fixture after their Women’s Euros triumph sold out in 24 hours with over 80,000 watching them defeat world champions the United States.

The RFU recently announced that the Red Roses will play their first stand-alone international match at Twickenham in April 2023 when they take on France in a super Saturday clash during the 2023 TikTok Women’s Six Nations.

While ticket sales are going well a win would boost demand significantly and help set new records, potentially doubling the current record set at the England vs Ireland fixture in April of 15,836.

A Rugby World Cup win for the Red Roses would be a pivotal moment. While the tournament itself hasn’t caught alight back in the UK beyond core fans (largely thanks to kick-off times in the middle of the night), a win would certainly give thrust women’s rugby into spotlight it so richly deserves, giving the game a huge boost going into what could be a game-changing 2023.

This article was first published on Scrum Queens. To view the original article, click here

What would a Red Roses Win mean for the Future of Women’s Rugby?