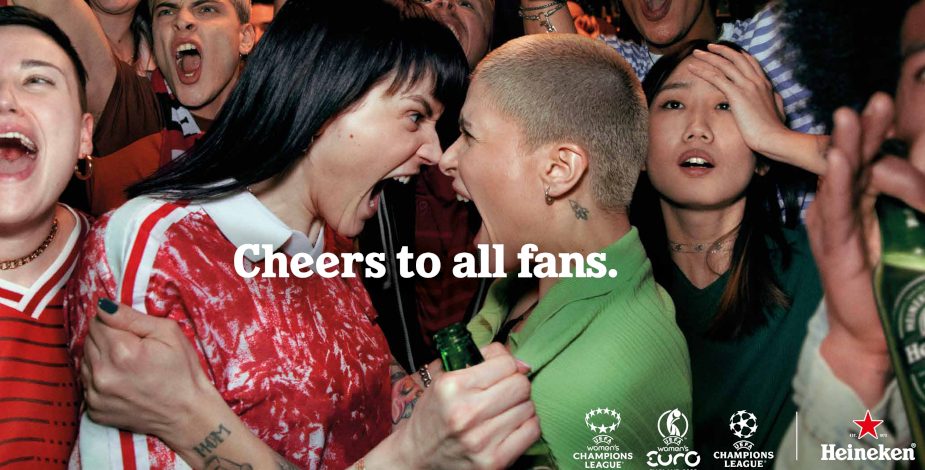 Will the Euros Success Change the Game for Brands and Women’s Sports?

In the wake of the Lionesses’ EURO 2022 victory, LBB’s Zoe Antonov spoke to one of our Business Director’s Mel Baroni and a number of experts from across the industry to find out what the future holds for women’s representation in sports.

On Sunday, the 31st of July, sports history was made with England’s team winning the UEFA Women’s EURO 2022, against long-standing rival Germany. Not only did the fateful moment put a woman in her sports bra, celebrating the height of her career, on the front pages of all papers nation-wide, without her objectification or sexualisation, but the moment immediately felt like a cultural reset for sports and women’s representation. Inclusion of women in classically male-dominated sports fields, such as football, has been a slow, inconsistent burn.

However, the public engagement in this year’s championship and that electric, long-anticipated winning goal on Sunday, could prove to be a genuine game changer. A sold-out Wembley stadium hosted an enthusiastic crowd that looked a bit different to the typical audience of footie fans. And a whole country was moved to tears when the Lionesses finally ‘brought it home’.

In the marketing world, it certainly proved the value in supporting women’s sports, with brands like Heineken, Booking.com, Alipay, Visa, Nike enjoying record viewing numbers. The fact is that UEFA only recently de-coupled men’s and women’s team brand sponsorships. Up until a few years back, brands sponsoring the men’s game would end up with a package deal, where they also get the women’s teams tagged along.

Melanie Baroni, business director at M&C Saatchi Sports & Entertainment reminded that a lot of Premier League clubs still operate on the package system. “It was really interesting actually to see that case study of decoupling everything come to life. It just worked,” says Melanie.

“The brands who ended up in the women’s game space were so focused on supporting women, not just in the sport, but also more generally. They put their money where their mouth is essentially. It wasn’t just a tag on sponsorship. It was something that was brilliant to see come to life and there were so many campaigns and serious brands that did a lot for the game in their own space,” she continues. Indeed, brands such as Visa, Barcleys and Heineken, took the ‘go big or go home’ approach to sponsorship and really doubled down on the women’s game this year.

Melanie, who tells me that M&C Saatchi Sports & Entertainment have this year started working with Barclays for a plethora of partnerships with the game, knows this to be true. For them, a big emphasis has been put on the Women’s Super League, and now the Women’s Championship. “They are doing a number of grassroots initiatives,” says Melanie. “They work with the FA around the partnership of providing equal access to football in schools for girls, with the aim of having full equal access by 2024. Hopefully that is a catalyst and a lot more schools get involved and do more for the community.”

Melanie herself remembers playing girls football and the huge differences that she points out speak volumes to how the game has changed throughout the years, as well as to what still needs to be done. The opportunities for girls in football were even scarcer than today, with girls playing football up until they were 15 and then being moved straight into the women’s league.

“When you think about the tiering system at the moment where you’ve got such a wide range in the men’s league you realise it doesn’t really exist for women in my day. Basically, as a 15-year-old, you were going to have to play against women in their 20s and early 30s – different game, different strengths. The tiering system has changed a lot and that’s great to see.” However she does remember the beginning of the pandemic, when the January lockdown of 2021 saw the boy’s academy being able to still play despite the restrictions, as it was classed as elite, as opposed to the girls. “There is a different understanding that needs to happen at every level.”